Getting a cold these days is frightfully inconvenient and that’s just what happened to me in the past two weeks. Finally, my throat got to the point where it needed soothing throwing salt water gargle, honey water, and time to break open that new bottle of Pei Pa Koa (枇杷膏).

Several years ago, I couldn’t find a bottle at T&T and bought a copycat brand and it was not tasty. Effective but really gross. What’s beautiful is how much I look forward to my next dose!

Wikipedia has some remarks about the name and I put the name through Google for my own edification. First off, it seems to be an older system of Cantonese romanization and did not get updated to Jyutping or – worse – Pinyin.

The full name is 京都念慈菴川貝枇杷膏 with the following notes: 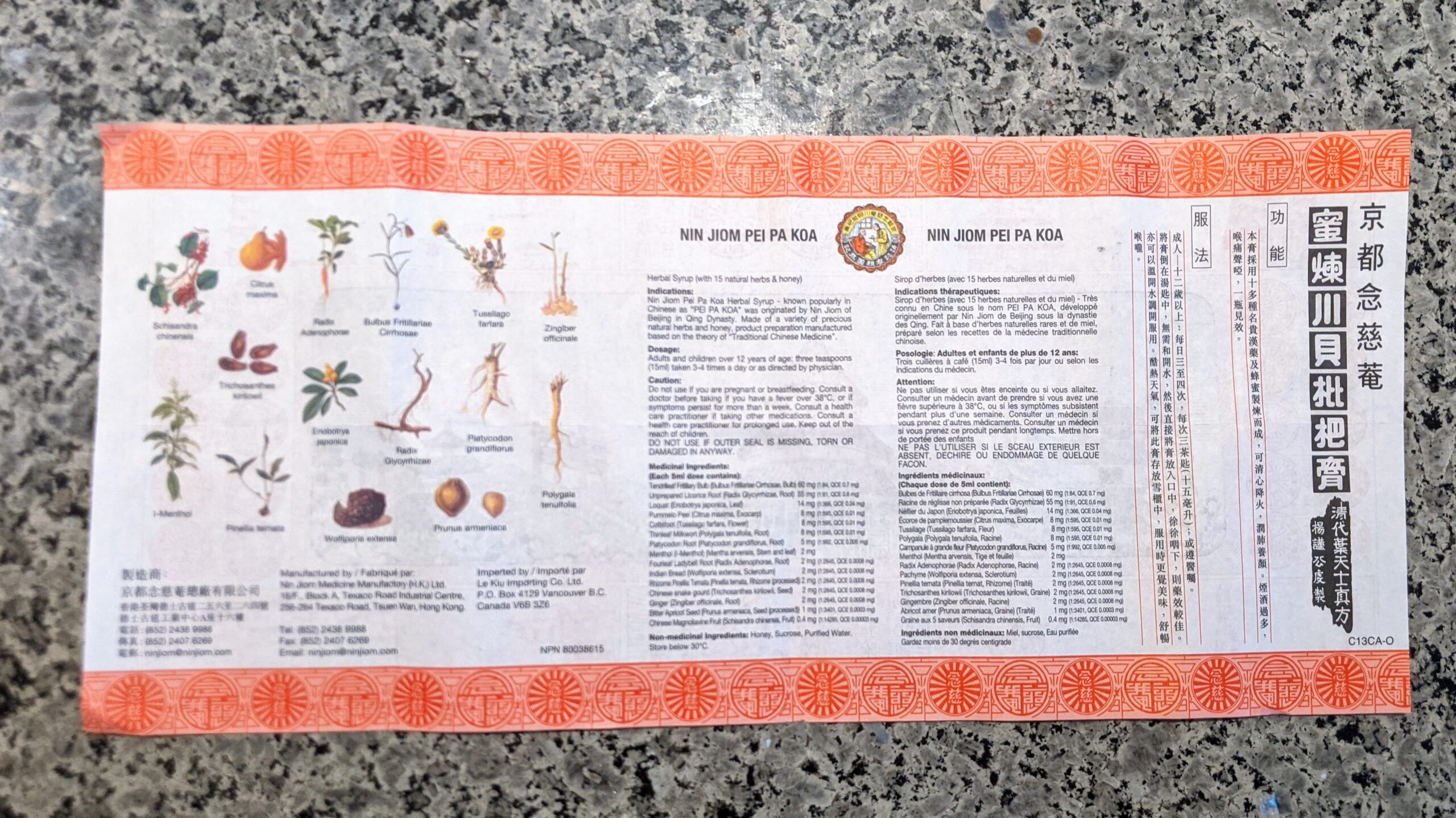 And if the illustrations that harken back to old school botanical texts weren’t cool enough, I flipped the sheet over and I have no idea what it all symbolizes but it’s way cool. 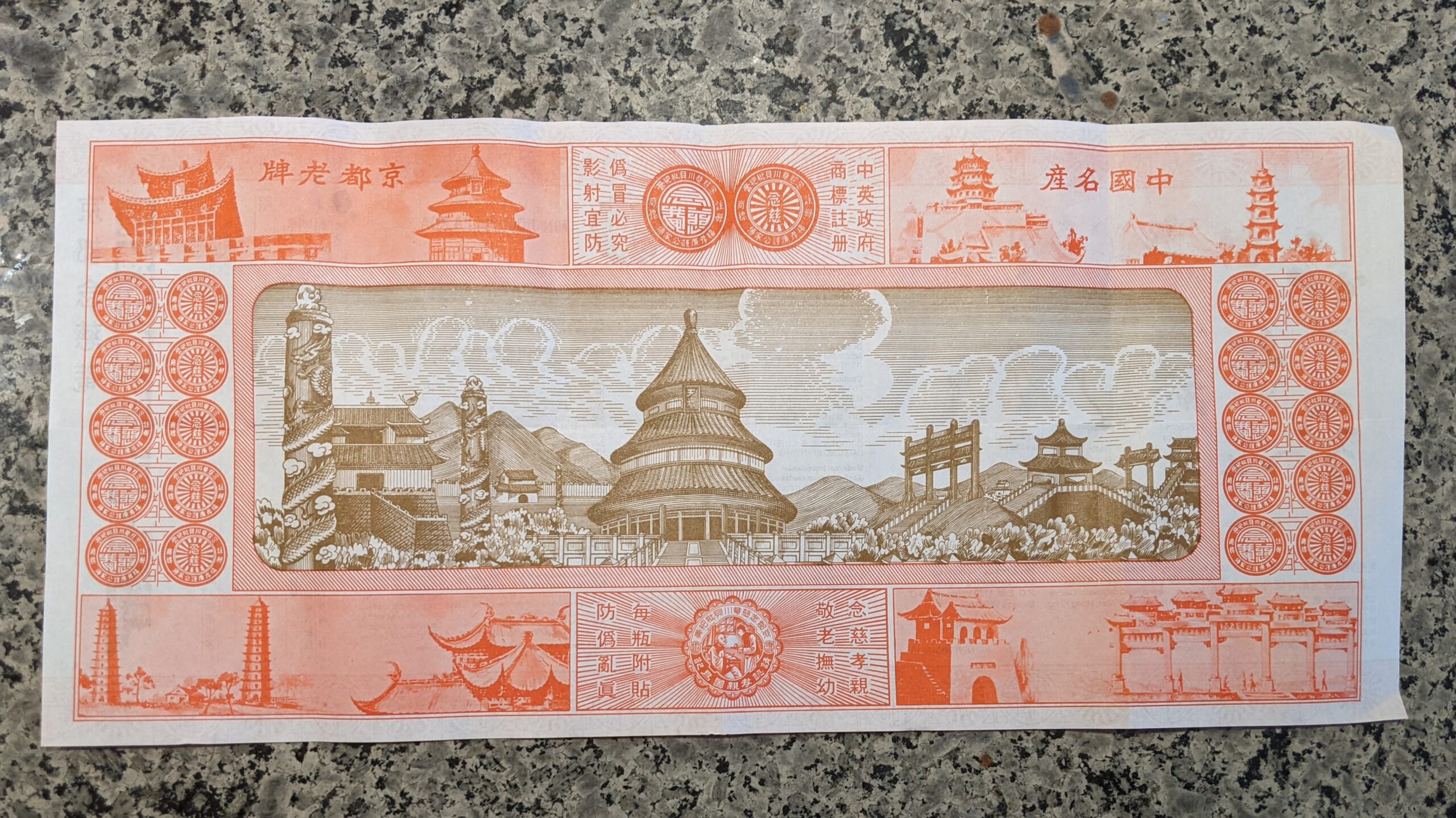