Flickr – oh Flickr of yore – closing down its unlimited photos features and deleting all photos over your 1,000th if you’re not a Pro user was the impetus for a frenzy of downloading these past couple of days. The hope is that I’ll take some time to look through some years at a time to weed out some duplicates or photos that don’t bring me any joy.

I’m so glad I had to manually round up some 2011 photos because I came across these photos of the Chow family tree. Good thing for the photos because I don’t know where the hard copies are. (Possibly in a folder in a bookcase in my storage room.)

That the photos were tagged with 2011 reminds me of when and how I came to have the family tree. My grandmother Chow survived her husband by a couple of years but passed away in November and nearly everyone to Toronto- no, that is not the story. My grandmother passed away in 2014. I think I received the copies during a visit to Toronto in 2011. They were in the possession of my eldest Chow uncle or the middle one and they weren’t really into it. I was identified with the strongest interest in my generation in the genealogy and so it has come to me. Not that my uncles did anything with it, nor have I.

It’s a bit “funny” to hand the documents to me since I’m not on the family tree – my surname is not Chow – but my mother also is not on the family tree because they only listed the men! However, I just took a look at the tree to annotate where our branch is located and noticed that a female niece (daughter of a Chow cousin of mine in the family tree) is added, the first female on the tree. 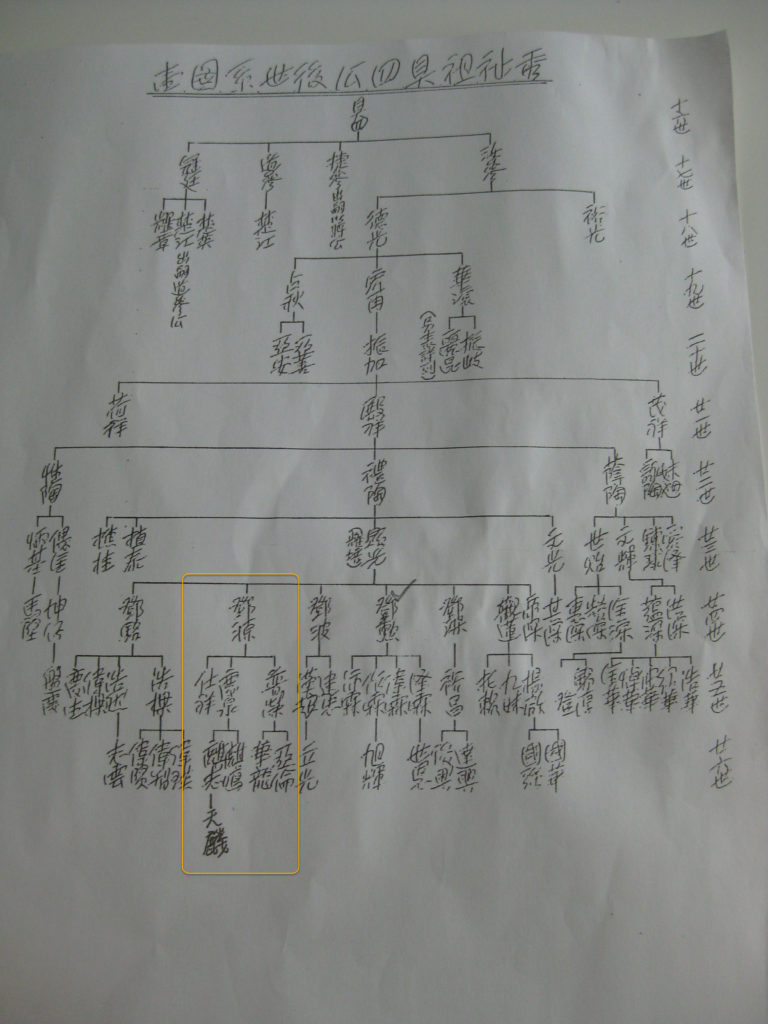 Other than the actual tree, I was provided with a bunch of … maps? Do the numbers along the top signify a year, e.g., 1977? Beats me. But they are cool. I’ll post them here so I can scrutinized… someday!

Given I just posted about my surname and when these photos surfaced, I thought I had more of the puzzle. But – duh – other side of my family! 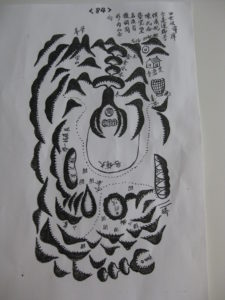 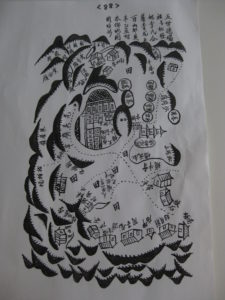 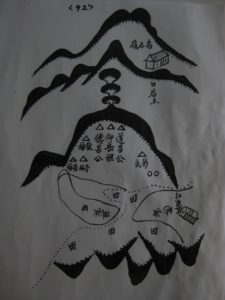