My Google Alert, not so intelligently searching simply for “Asian American literature”, recently linked me to a BlogHer blog entry “Finally! Characters in Romance Novels Who Look Like Me – and Maybe You, Too.”

I thought the entry title and photos said it all, but it doesn’t remotely. The east Asian author the blogger chose to spotlight was Camy Tang who started publishing her Sushi Series in 2007 with Sushi for One? The series centers around four cousins who are the only Christians in their family. Only Uni and Single Sashimi were published in 2008 and centered on two other cousins. Then after a break, Tang wrapped it up in 2011 with Weddings & Wasabi. 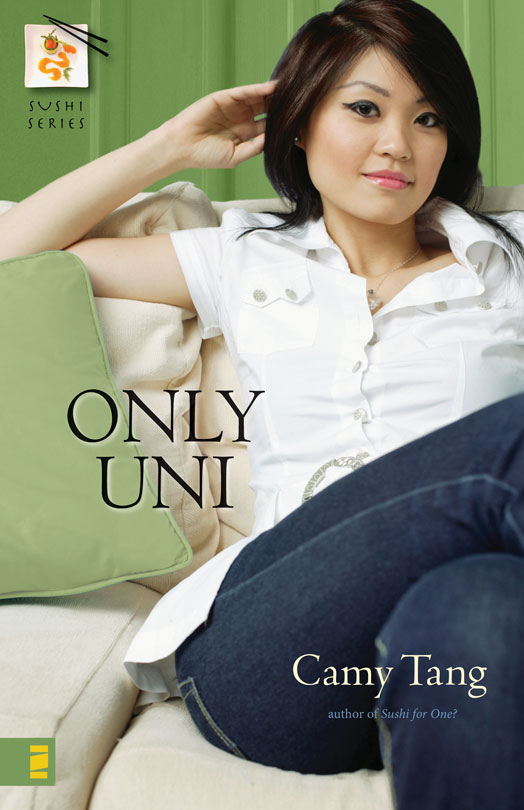 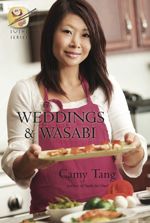 Get a load of those names and covers images! I guess that is what sells and is par for the course in the world of romance and, get this, “Christian chick lit”. The tagline on the cover of Sushi for One? reads, “Sometimes romance needs a kick of wasabi.” Groan.

While it is a leap to see ethnic characters–and modern ones–in this genre, it doesn’t count so much to me when it is just as a result of someone non-white making a foray trying to publish in the genre. I think the Christian aspect is a bit of a twist and hurray for that. I also worry because Tang doesn’t sound like a Japanese name but yet the series is named “Sushi Series” and the titles make reference to components of a sushi meal. While she has all the rights to right about Japanese cousins, does it perpetrate the notion that all Asians are the same?

I have also thought that was something I could do differently as a writer, rather than write the typical coming of age or multigenerational novel: write a trashy, lurid romance novel that could get picked up by Harlequin. It would have a Chinese protagonist female wooed by all sorts of different ethnicities of men (so maybe I would market a series) including a totally strapping updated Chinese Fabio male.

But if someone is supposed to write from experience, well then I guess I should not be the one to write it! I like the idea though and thus think that reading the Sushi Series would be a form of “research”. I don’t want to line my bookshelf with books like these but can’t justify $12 for the Kindle version either. So reading this series will have to go on the back-burner….